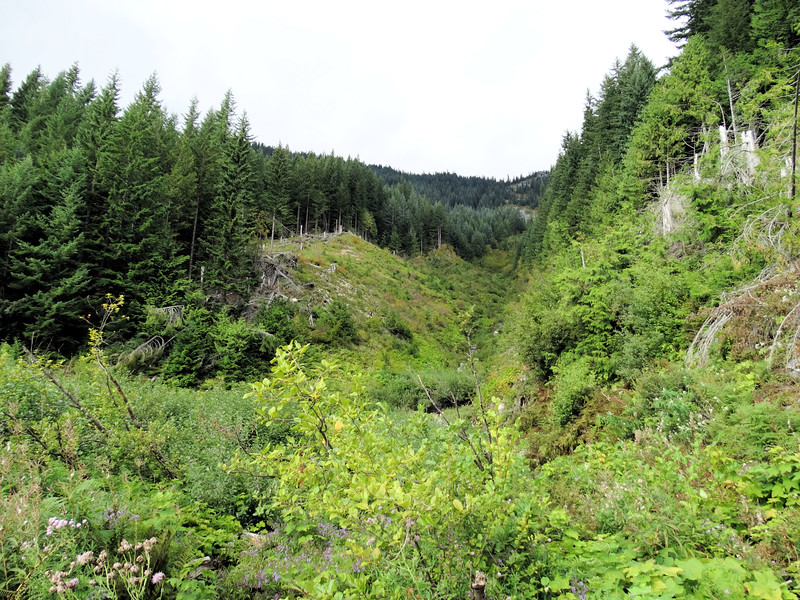 One of several natural avalanche chutes along the trail. These periodically let go with rock, or in the winter snow. These were the reason that so many large snow sheds and tunnels were built by the railroad. Back then, crossing the mountains by train was dangerous, and so was the work it took to keep the tracks clear. One avalanche killed 96 people in a train that got stuck by a blizzard, and it was that accident that compelled the railroad to build the current 8 mile Cascade tunnel. On the hike, you pass several of these chutes, some very recent that have just rocks and no plants, and others like this one.